The Storied Travels of Popular Plants

Just like people and animals, plants have a history of migration. Granted, tulips and chrysanthemums don’t just pick up and walk to a new place; but with natural carriers and human movement, plants have made their way around the world. Here’s a glimpse at the history behind some well-traveled and well-adapted plants that make your home garden a global market of diverse flora that brings beauty and pleasure throughout all four seasons.

Native to Europe, northern parts of Africa, and western parts of Asia and the Mediterranean, daffodils have traveled far from their native lands to become an important herald of spring for North Americans. All the plant parts are poisonous, making them unattractive to foraging deer, moles, voles, and mice.

Tulips, which hail from central Asia and Turkey, were introduced to Europe in the mid-1500s. In Holland, speculators began actively trading the prized bulbs and pushing up the price to the point where a single bulb would sell for more than ten times the annual income of a skilled artisan. The bulbs need an eight- to ten-week period of chilling, and in temperate regions, gardeners meet that requirement by storing the bulbs in the refrigerator before planting them outside.

One highlight of the summer blooms is Russian sage (Perovskia atriplicifolia). This small, rounded shrub that typically grows two to four feet tall and wide is prized for its hardiness and long season of blue flower spikes. Curiously, it is neither native to Russia nor a sage. It comes from the steppes and hills of Southwestern and Central Asia. When Russian sage was introduced to the British Isles in 1904, garden tastemaker William Robinson wrote that it was, “worth a place in the choicest garden for its graceful habit and long season of beauty.” In the US, it thrives in USDA climate zones 3–9 (10 in the West although it does best with winter chill), gracing gardens with its spires of blue flowers from mid-summer through October.

We can thank the eighteenth-century Swedish merchant Magnus von Lagerström for introducing crepe myrtles to the western world. As the director of the Swedish East India Company, he was able to procure plants from India and China that he presented to botanist Carl Linnaeus, the man responsible for the current system of botanical nomenclature. Linnaeus bestowed the botanical name Lagerstroemia on crepe myrtle in honor of von Lagerström, and the plant was introduced between 1787 and 1796.

Crepe myrtles flower best in full sun in climates where the summers are hot. They come in a wide range of sizes and shapes, from knee-high shrubby dwarf plants to towering tree forms. To avoid them outgrowing their allotted space (lopping back branches that have grown too tall is a no-no, referred to as crepe murder) choose a variety to best fit your design purpose. 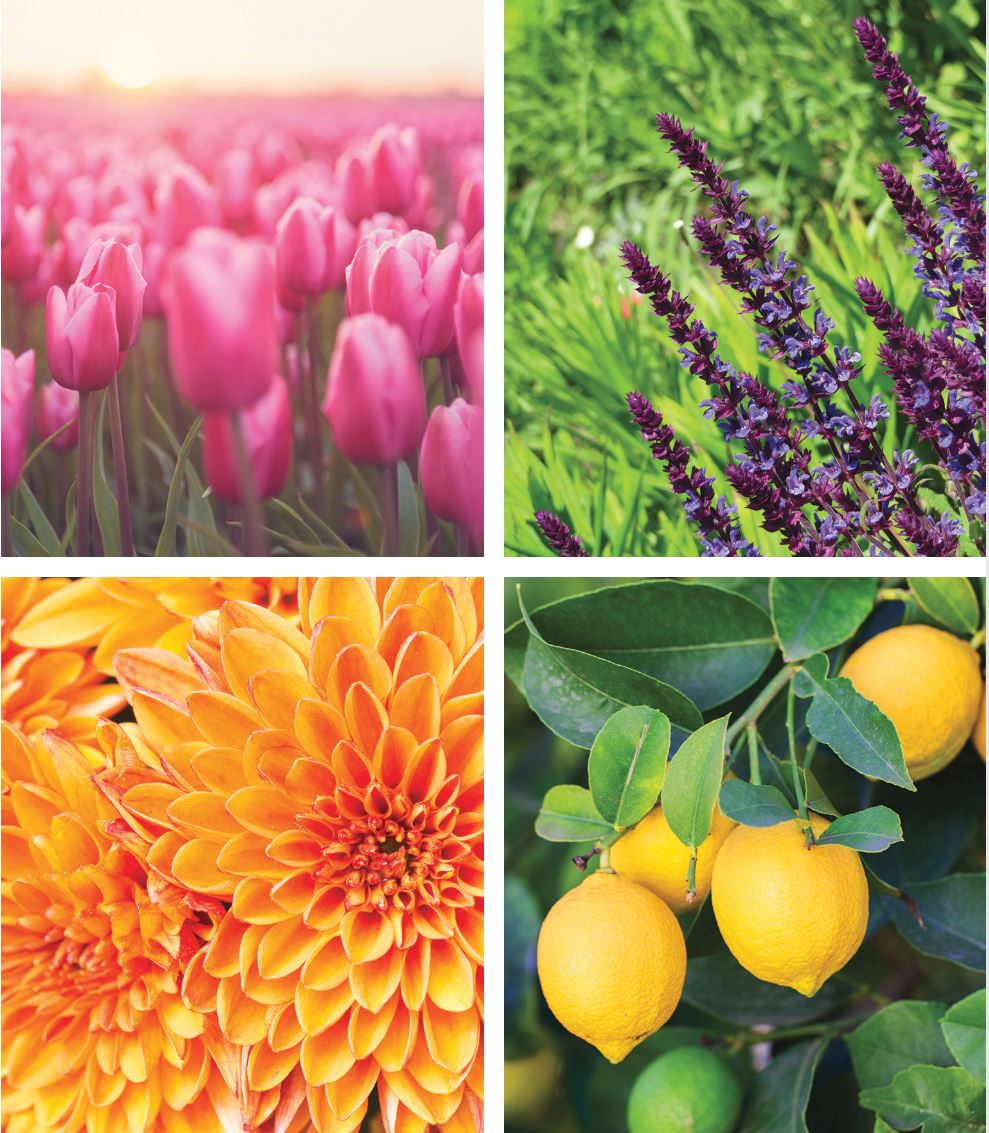 Chrysanthemums light up the autumn garden. While a few species hail from Northeastern Europe, most are native to East Asia, with the greatest selection coming from China, where cultivation began in the fifteenth century BC. By 1630, botanists had cataloged 500 cultivars. Mums came to the US in 1798 when Colonel John Stevens imported a variety from England known as Dark Purple. The word chrysanthemum is a compound of two ancient Greek words: chrysos (gold) and anthemon (flower).

Another imported winner that shines all season, but especially in the fall, is Hylotelephium spectabile (formerly called Sedum spectabile). This showy stonecrop is native to China and Korea but has adapted admirably to North American gardens in USDA climate zones 3–9.

Gardeners in regions blessed with a twelve-month growing season have a choice array of winter blooming succulents, including a wide selection from the 500 known aloe species. Easy-to-grow plants, aloes are native to Southern Africa, Madagascar, Jordan, and the Arabian Peninsula. Finding other parts of the world pleasing, quite a few aloe species have naturalized elsewhere, including in the Mediterranean, India, Australia, and the Hawaiian Islands.

Meyer lemon is an excellent ornamental winter-interest candidate. Hardier than other lemon varieties, in regions where winters are too cold for it to be outside, the compact plant will grow happily in a container moved indoors during freezing weather. A native of China, it was brought to this country by Frank Meyer in 1908. Today, this cross between a citron and a mandarin/pomelo is prized for its fruit that is sweeter and less acidic than other lemons. While fruit is produced throughout the year, covering the small tree with smooth-skinned, canary yellow orbs, the majority of the crop is harvest-ready in winter. Enjoy the fragrant flowers that coexist with the ripening fruit.