Exploring Iceland: The Land of Fire and Ice 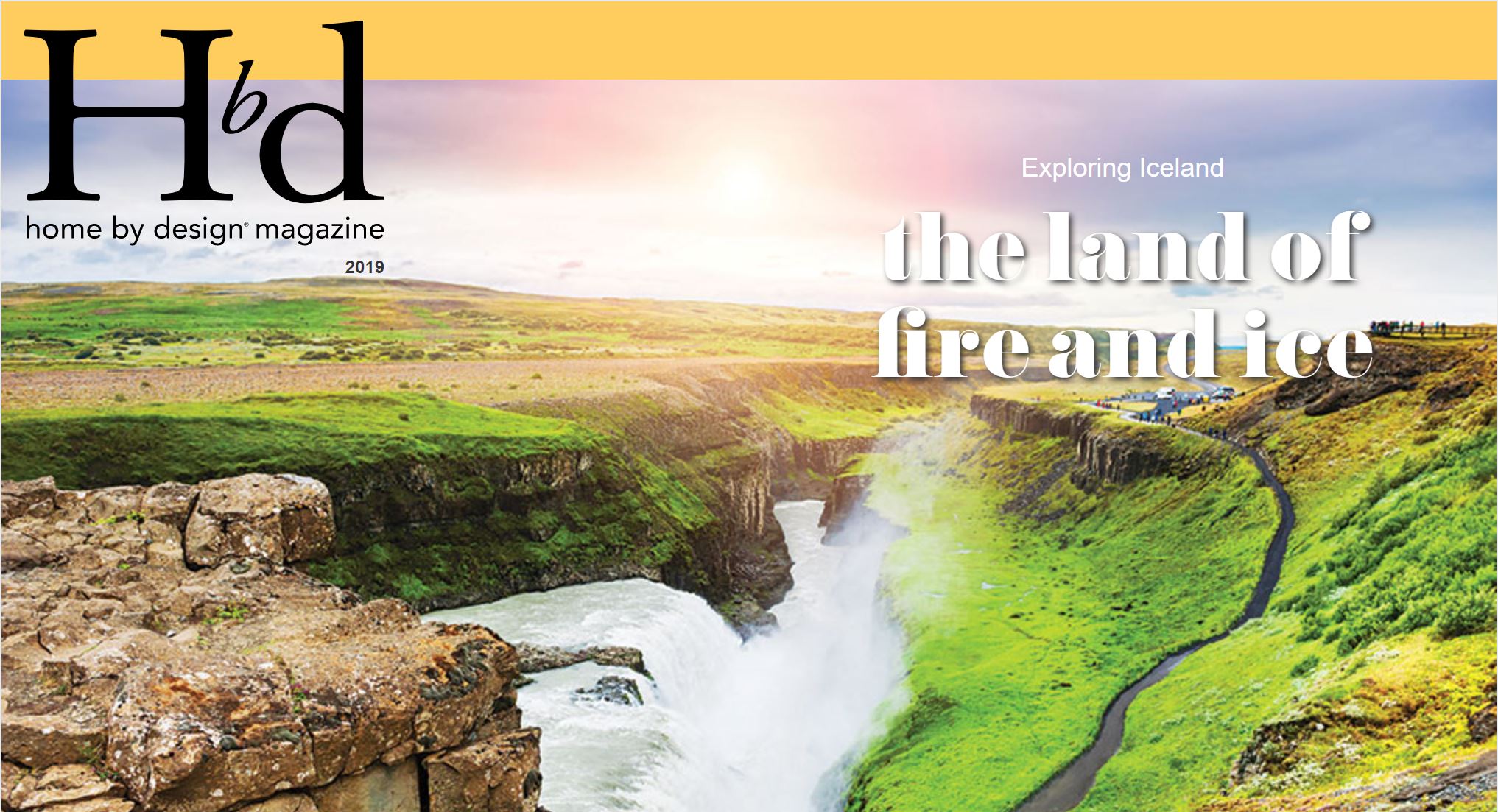 ABOVE: Powerful Gullfoss Waterfall along Iceland’s Golden Circle. BELOW, FROM LEFT: No trip to Iceland is complete without a relaxing spa day at the Blue Lagoon. Iceland’s favorite snack: a plysur with brown mustard. The Aurora Borealis: a natural firework display. Beautiful interior nave of Hallgrímskirkja Church in Reykjavík—don’t miss the view from the top!

Mother Nature pulls out all the stops in Iceland. Nowhere else than on this Nordic island does a landscape surprise you with volcanoes, hot springs, geysers, and lava fields contrasted with massive glaciers and countless waterfalls. Its nickname—Land of Fire and Ice—certainly rings true and can be witnessed starting from Iceland’s capital, Reykjavík, and continuing along the Golden Circle. The capital city of Reykjavík is home to nearly half of the country’s population, making it the largest city in Iceland. As a thriving cultural center, Reykjavík is a perfect starting point for your adventure. Your best bet is to jumpstart your trip with a walking tour of the city’s highlights such as Hallgrímskirkja Church and the Sun Voyager sculpture. Take a break to refuel along Laugavegur (Wash Street) to enjoy culinary delights like lamb stew or fermented shark with a shot of brennivín (caraway flavored vodka). For a bit of entertainment, take in a show at the Harpa Concert Hall or perhaps catch the captivating northern lights before dancing till dawn in one of Reykjavík’s world-renowned nightlife hotspots. Don’t leave Reykjavík without trying the locals’ favorite snack, the pylsur: a hot dog with the works. Thingvellir National Park is a UNESCO heritage site within a forty-five-minute drive from the capital. The impressive geological formations remind visitors that Iceland is located at the junction of two tectonic plates: the North American and Eurasian. The gap between these plates grows two-and-a-half centimeters a year. Within the park you witness the newest part of Iceland beneath your feet, and also learn of its rich history from Scandinavian influence and Dutch rule to independence in 1944.

From Thingvellir through the Haukadalur Valley is an easy forty-five-minute drive peppered with volcanic activity, including steaming vents and cones. The most notable site is home to two geysers: Great Geysir and Strokkur. Although the names would lead you to believe the former is grander than the latter, because of geothermal changes in the early twentieth century, this is not the case. The Great Geysir has sadly ceased to erupt; whereas Strokkur powerfully shoots water to an impressive sixty to 130 feet in the air every ten minutes. It is a must-see! The Golden Circle’s crowning jewel is Gullfoss Waterfall. Located a ten-minute drive from the geysers, Gullfoss is situated in the Hvítá River Valley. With a drop of over one hundred feet in two cascading tiers, Gullfoss Waterfall is a shutterbug’s playground. Plan to stay and enjoy a bite to eat and a local beer (Viking Gylltur) at the visitor’s center. Depending on the timing of your visit, you can add on a Hvítá River rafting tour or a snowmobile tour of the Langjökull glacier. Adventurous travelers might consider adding highlights like Seljalandsfoss Waterfall, Jokulsarlon Ice Lagoon, or the seven- to fourteen-day Ring Road itinerary.

Many times, vacationers feel like they need a vacation from their vacation. In Iceland, the Blue Lagoon provides an excellent geothermal spahhh experience. With proximity to the airport, luggage storage, restaurants, and bars, why not recharge your batteries before returning home in mineral rich-waters averaging 99 to 102 degrees Fahrenheit?

In a world with so much man made infrastructure and technology, it is important to unplug. Natural, awe-inspiring beauty awaits you in Iceland.

When to Go
The peak travel season is June through August when you can experience up to twenty-four hours of sunlight; however, winter months are the best time to spot the northern lights.

How to Get There
There are many flights from North America and Europe to Reykjavík daily. Icelandic airline Wow has economic fares, but be prepared for add-on costs for bags, beverages, and more.

What to Pack
Iceland has many geothermal springs and pools to enjoy. Bring swimming suits, sandals, and layers for your outdoor adventures. It rains a lot, so waterproof shoes and clothing are a must.

How to Pay
Credit cards are widely accepted in Iceland. Just be prepared for high prices written in Icelandic Krona. (At press time,117 ISK converts to $1 USD.) Food and beverages are expensive in Iceland; expect to pay $10 USD for a beer and more for wine and cocktails.